Last night, the Las Vegas Global Economic Alliance hosted its Annual Awards Dinner, recognizing those who are promoting economic and community development in Southern Nevada. The theme for this year's event is "The Colors Gala." Each color within the event logo represents a core value: leadership, innovation, job creation, and partnership.

Nominated and selected by LVGEA’s Board of Directors, the Leadership Award honors a business or community leader whose vision, influence and inclusiveness have positively impacted the economy of Southern Nevada.

A fifth generation Nevadan, Dr. Bernhard began his research career at Harvard University, where he completed a thesis on the community impacts of gaming in Nevada. He earned his Ph.D. from UNLV in 2002 and became the Executive Director of UNLV’s International Gaming Institute in 2011. In January 2022, he officially became the Vice President of Economic Development at UNLV, where he works with industry and community partners to create and expand businesses, support faculty innovation and discovery on campus, and align UNLV with new and emerging business opportunities within the state’s economic ecosystem. He oversees the teams at Black Fire Innovation, the Nevada Small Business Development Center at UNLV, and the UNLV Research Foundation.

In partnership with Caesars Entertainment, UNLV's Black Fire Innovation research center has being serving as Southern Nevada's innovation hub since opening in January 2020. "Together, we are changing the game: it's easy to lead when one of the nation's top R&D institutions comes together with over 100 partners in the business community to launch Black Fire Innovation," said Dr. Bo Bernhard.

The Innovation Award recognizes a business or community organization whose breakthrough achievements in product and service development, technology and infrastructure, research and development, or public policy have significantly impacted the economy of Southern Nevada.

This year's winner is Vū Studio, a virtual production studio for film and commercial videos. The company utilizes Unreal Engine, a gaming technology, to enable producers to pursue creative experimentation while controlling the time and cost of production. Vū Studio opened their Las Vegas studio in April 2022.

"Vū Studio's mission is to empower the world to create content at the speed of thought. We're driven by our company's core values: Passion. Innovation. Curiosity. Our vision is to be the world's largest studio network. It's exciting, not only to be nominated for an Innovation Award, but to bring that innovation and resource to our community, where it belongs," said Jason Soto, General Manager, Las Vegas Market, Vū Studio.

The Job Creation Award recognizes a business that has expanded or relocated to the greater Las Vegas market, contributing the growth and future of the regional economy through the creation of new, high-quality jobs for residents.

Founded by Todd Enerson and Kent Gilson, Haddington Dynamics is an advanced research and development company specializing in the design and manufacture of the highly dexterous, lightweight Dexter robotic arm for applications such as logistics and manufacturing. In 2021, the company received state incentives to expand its operations in Clark County and is estimated to create 363 jobs within five years with an average wage of $67.62.

The Southern Nevada Water Authority (SNWA) manages the region's water supply, serving more than 2.2 million residents in Southern Nevada. It has implemented one of the most comprehensive water conservation plans in the nation, helping the community reduce its per capita water use by 47% between 2022 and 2020, even as the population increase by more than 780,000 residents during that time. The SNWA holds a position on the LVGEA50 Board of Directors and works closely with both LVGEA and the Nevada's Governor's Office of Economic Development on all proposed projects to ensure future economic development is done in a sustainable manner.

LVGEA was established in 2012, but the organization's roots go back nearly 70 years. In 1956, the Southern Nevada Industrial Foundation (SNIF) was formed as a non-profit organization made up of business leaders working to promote the area's industrial potential nationally. In 1972, the SNIF renamed to the Nevada Development Authority (NDA) to growth the region's economy beyond industrial. In 2011, Nevada Governor Brian Sandoval worked with the legislature to restructure the state's economic development to diversity Nevada's economy. In 2012, the Nevada Governor's Office of Economic Development (GOED) was born, and the NDA was rebranded as the LVGEA.

The organization has the largest business board in the region - the LVGEA50 Board of Directors. One of the board members is Denette Suddeth, regional president and head of Commercial Banking for PNC Bank in Nevada. Visit this article about our interview with Denette Suddeth.

LVGEA has also been successful in attracting many high-profile companies to Southern Nevada, including Crocs, Sephora, and Kroger. Last month, Sephora announced expansion of their distribution center in North Las Vegas. This facility, Sephora's fifth in the United States, allows Sephora to reach 97% of the country within two days and 60% of the country in one day. In addition, Haas Automation, one of the largest machine tool builders in the world, is building a 2.3 million square foot facility in west Henderson.

Southern Nevada has been experiencing a rapid growth in the past few years. However, in order for our region to continue growing in a sustainable way, we must overcome challenges such as drought, heat island effect, healthcare, education, transportation, affordable housing, and lack of private, developable land. Visit this article about LVGEA's Perspective event recap: How to Achieve Sustainable Economic Development in Southern Nevada?

What makes Las Vegas great is the people. The people in our city are innovative, forward-thinking, and community-minded. The support among LVGEA and other industrial and community partners will continue to bring in new ideas, technologies, and investments to Southern Nevada. The future of our region is exciting, and we cannot wait to see what's coming next. 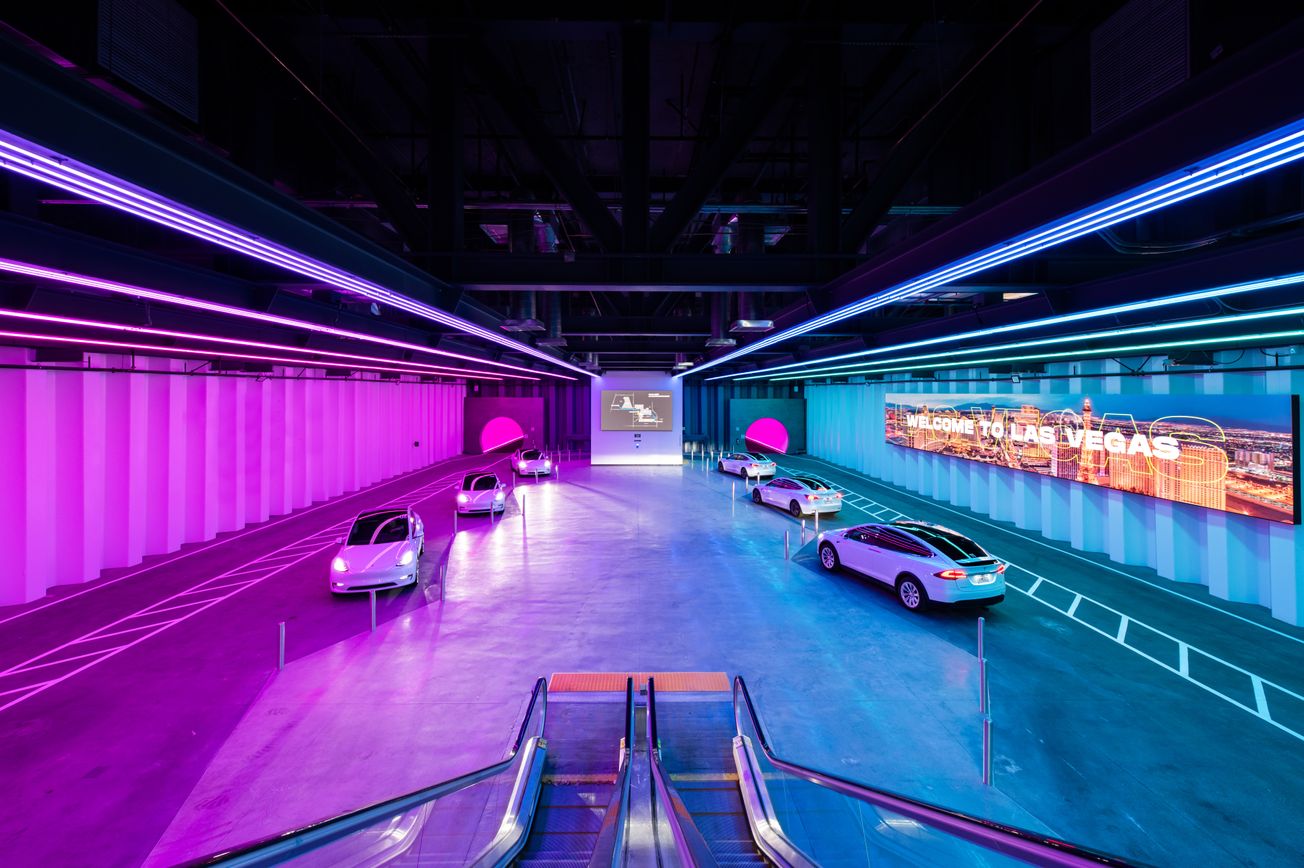 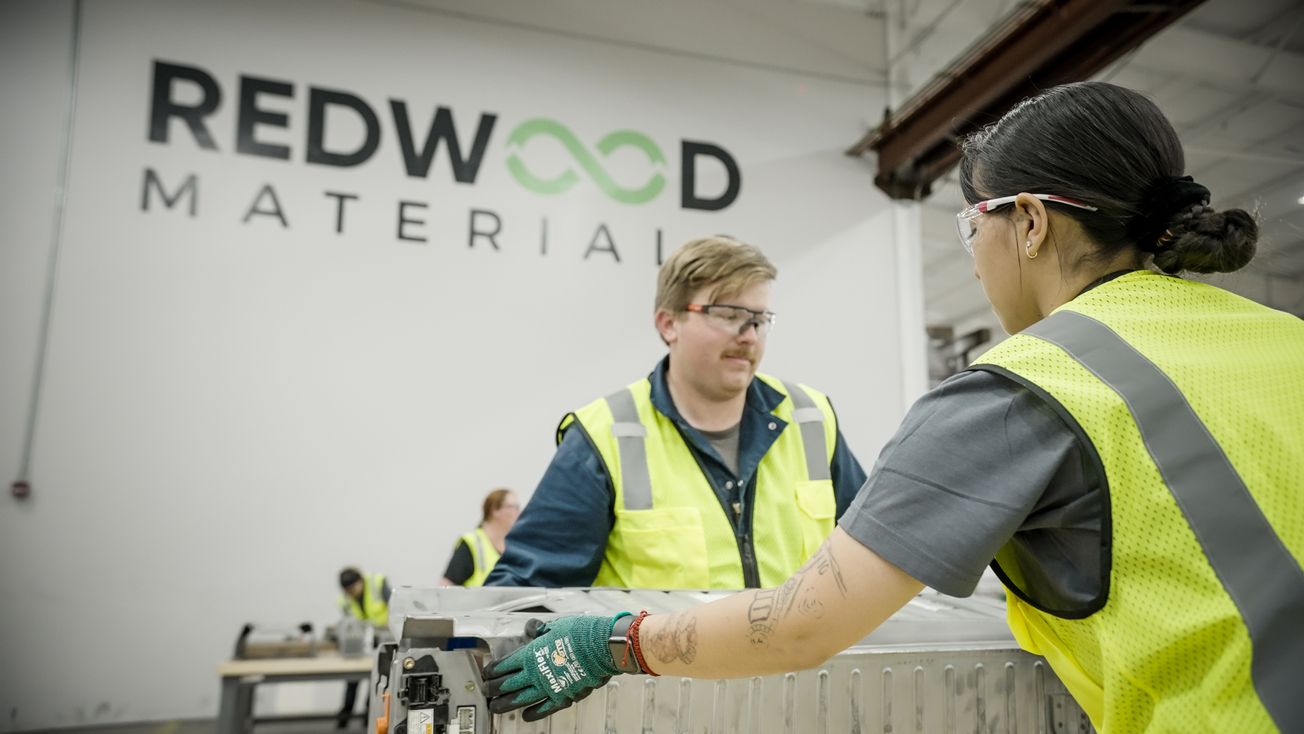